The Mother, as she is known to the fans, is Ted Mosby's true love in How I Met Your Mother.

Most information about the Mother is second-hand, due to the fact that Ted is narrating from the future. From what he's told his kids (and the audience) the Mother was an economics student who plays bass guitar and owns a yellow umbrella which she lost for about a year before Ted inadvertently returned it to her. She has a very magnetic personality, with a quirky sense of humour, as well as the ability to enchant her roommate's boyfriends and get free desserts just by befriending waitstaff. Her favourite flowers are lilacs, the very flower that Ted had on him when they first met. Despite being the titular character, the Mother remains unseen until the Season 8 finale.

In 2005, on the Mother's 21st birthday, her boyfriend died. His last birthday present for her was a ukulele. The Mother never dated another man for several years after that.

Ted's first encounter with the Mother was at a nightclub on St. Patrick's Day in 2008. Ted didn't see her as he was drunk that night, but the next morning he found her yellow umbrella and took it home as it had started to rain. The Mother meanwhile had met up with her old music instructor and invited him back to her apartment. The instructor tries his "naked man" tactic in the hopes of seducing her, only for it to fail. This same man would later successfully try that tactic on Robin Scherbatsky before handing the move on to Ted and Barney.

A year later, Ted became a professor at the university the Mother was attending. Ted thought he was teaching a first-year architecture class but had to be told by the room's late-arriving professor that this was the third-year economics class and Ted had been making a fool of himself that whole time. The Mother was one of the students Ted was lecturing. Coincidentally, the Mother assumed that she was in the wrong class and ran out.

Later on, Ted begins dating the Mother's roommate Cindy. When Cindy invites Ted up to their apartment, Ted finds various things lying around that tell him he's with his one true love. Cindy tells Ted that they all belong to her roommate. Cindy had always felt insecure about how her roommate was able to steal her boyfriends from her and realises Ted is no better. They break up, but Ted winds up leaving the yellow umbrella at their apartment. When the Mother finds out, she tries to comfort Cindy, who reveals her own romantic feelings for the Mother.

In 2012, the Mother is in a band named Super Freak-o-Nomics, which has just taken on a new lead singer who's threatening to tear the band apart with his rampant narcissism. After a gig, the Mother meets a man named Louis. The two get acquainted and become a couple.

Barney meets the Mother at a drugstore and tries to pick her up. The Mother easily sees through Barney's deception and points out how he must be in a lot of pain if his only goal in life is to sleep with lots of women. Stunned, Barney talks with the Mother about his love life. The Mother asks Barney if he has a goal in life, to which Barney reluctantly replies that he wants to settle down. This encounter with the Mother is what inspires Barney to propose to Robin, inadvertently leading herself closer to Ted in the process.

In 2013, Ted runs into Cindy, who has since gotten over her jealousy of the Mother. Ted has been left in charge of finding a band for Barney and Robin's impending wedding. Cindy recommends her roomate's band.

While on the train to Farhampton where Barney and Robin's wedding will take place, Lily meets the Mother. The two quickly become friends and Lily jokes over how one of her friends drives like a little girl. The Mother joins in, not realising that the person she's mocking is Ted Mosby, her future husband.

Later on, the Mother sees Marshall making his way on foot to the Farhampton Inn. She offers him a ride and through some small talk she reveals that she's already met his wife. The Mother then tells Marshall about her insufferable bandmate Darren. The Mother reveals that she plans to quit her band to get away from Darren, but Marshall convinces her to stand her ground and get Darren to quit instead. This being another key moment leading up to Ted meeting the Mother.

The Mother spends the weekend at Louis' beach house. Louis proposes to the Mother, which makes her reconsider their relationship. She decides not to and they break up. The Mother then spends the night at the Farhampton Inn, taking the room next to Ted's.

Ted will notice the Mother at the reception. Barney will realize that she'd be perfect for Ted, but Ted won't talk to her as his train is scheduled to leave soon. After the wedding, while Ted is waiting at the train station, he'll run into the Mother. The two mention owning the Mother's yellow umbrella at various points as well as Ted mistakenly giving her class a lecture. The two will fall in love.

When Marshall and Lily find out that Ted is dating the woman they'd befriended, they instantly approve and she becomes part of the gang.

A year after the wedding, Ted and the Mother will come back to the inn where the wedding was held and Ted will tell her how he knew even before meeting her that something great was coming.

In 2024, the Mother gets a terminal illness and dies. 6 years later, their children will convince Ted that he's been mourning her death long enough and he should try to find love again with the woman who's been there from the very beginning: Robin Scherbatsky.

The Mother is the love of Ted's life. After a series of increasingly dysfunctional relationships, Ted would meet her and never look back. The Mother first developed an attraction to Ted after hearing that he punched out Darren. She then paid for the finest drink at the bar and told the bartender to give it to Ted. The Mother and Ted are an ideal match in every sense. She's one of the few women who accepts all of Ted's eccentricities and despite her fears of commitment prior to meeting Ted, she was excited at the thought of marrying him. The Mother is the only woman that can make Ted give up on his hopeless pursuit of Robin. Despite all the rough patches that Ted goes through after meeting Robin, he appreciates every one of them as they all led him to the Mother. The Mother was also the first woman Ted had confessed his love to in over a year, the last being Robin. According to Ted, he would give up smoking early on in their relationship, further showing her positive influence on him.

Ted says "I love you" to the Mother 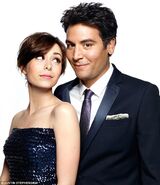 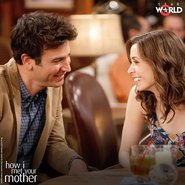 Max was the Mother's boyfriend before the series began. He died of cancer on her 21st birthday, leaving her distraught. They were a very loving couple as the Mother doesn't date another man for several years after his death. According to the Mother, Max was the only one for her and she may never find another person like him.

Retrieved from "https://loveinterest.fandom.com/wiki/The_Mother?oldid=17909"
Community content is available under CC-BY-SA unless otherwise noted.