Takumi Ichinose is one of the central male characters in the anime, manga, and live action films NANA.  He's formally the lover of Reira, growing up with her, and is the current abusive love interest and wife of Nana Komatsu.

Takumi is a 6'1" tall young adult man in his early 20s. He is noted as being handsome with long black hair that reaches his shoulders, which Nana comments she wishes he would never cut it. He has grey eyes and a pierced ears, mainly wearing either a sliver stud or a small silver hoop. When going out, he wears aviator sunglasses.

He looked after Layla since they were children and always harbours a protective, brother-like care for her despite her love for him. He thinks of her as "My sacred angel that I could never violate. Reira was my sanctuary. I needed something like that in this dirty, disappointing world.”

Layla openly declares her desire to become his lover, saying that after all their years, it's always him more than anyone else who she loves and wants. Takumi has said more than once that he only loves Layla as a sister but eventually gives in to comfort her and prevent her self-destruction because Shin can't be there for her.

He met Nana K. through Nana O. when he came to play mah-jong. Nana K. was a die hard Takumi fan and sought comfort from him when she felt excluded from Nana O.'s world. The supposed one night stand (the next day) eventually became an affair as he expressed that he wants Hachi to be only his. Though he doesn’t want to admit it, he began to care deeply for Hachi and admitted to Ren that he misses her. However his business priorities (abroad and such) always came first, leaving a neglected, lonely Hachi to one-sidedly end the relationship with a phone call and begin a relationship with Nobu. When Takumi returns and learns of Hachi's pregnancy, he accepts the child and proposes to Hachi, despite the uncertainty whether it is his or Nobu's and how it may hurt his career. This seems to be by a mix of possessiveness and caring towards Hachi, as Nobu is not financially ready to support Hachi and the baby.

After they become engaged, Hachi becomes a "High-Class Housewife" in a lavish home they share in Shirogane. She welcomes Takumi with her home cooking, and they share intimate talks in the bathtub. Takumi confesses his love to Hachi in a shared bath moment. He also tells her she doesn't have to keep their relationship a secret from their friends and family, and expresses his desire to meet Hachi's family.

However, work is still his priority and his playboy habits continue; though he is relieved to have a wife who understands and accepts him. (The second time they slept together, Takumi told Nana about how his career kept him from maintaining a relationship; to his shock, Nana showed a complete understanding that Trapnest's work had to come first over Takumi's personal desires.) Takumi is afraid that Nana will leave him, admitting to Ren that if she left him, everywhere he goes will be a battleground and if he is to go to hell, he'll drag along his band mates, but still wishes for Nana and Satsuki (the baby) to live happily.

Currently they are married but he is shown living in England with their son Ren while, Nana lives with their daughter Satsuki at Shirogane. Takumi and Naoki are helping his wife look for the missing Nana O. while keeping an eye on Reira who refuses to sing unless Ren (the child) accompanies her. He and Naoki discuss about his wife living with him in England, but she wanted to be in Japan in case Nana O. returns. 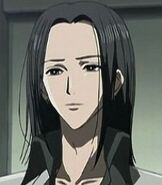 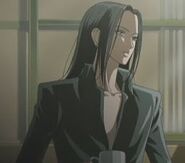 Add a photo to this gallery
Retrieved from "https://loveinterest.fandom.com/wiki/Takumi_Ichinose?oldid=94120"
Community content is available under CC-BY-SA unless otherwise noted.