Start a Wiki
Judy Neutron is the love interest of Carl Wheezer. She is also the mother of Jimmy Neutron and the wife of Hugh Neutron.

Carl has a huge crush on her, when accidently saying that she is beautiful around. In "Love Potion 976/J" he dreams about her and dating her, while Carl strongly dislikes Hugh.

He gives her a suggestive card, however, she tries to explain that she is with Hugh and Carl becomes upset. Carl had a lot of romantic moments with Judy in some episodes.

In "Men at Work", Carl allows Judy to enter the new McSpanky's Restaurant designed by Jimmy, which shows that Judy has some feelings for him and he has feelings for her while he refuses to let Hugh in.

In "The Junkman Cometh", he has a picture of Jimmy's parents with Carl's face taped on Hugh's face, showing that he has feelings for Judy.

In "The Jimmy Timmy Power Hour 2: When Nerds Collide" Carl asks Cosmo to turn the captured Professor Calamitous into Judy in a jar so he can dance with her. 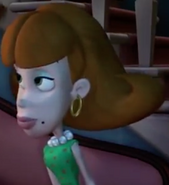 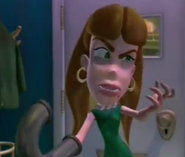 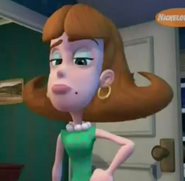 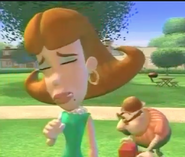 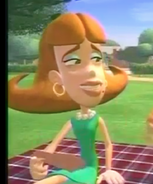 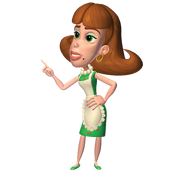 Add a photo to this gallery
Retrieved from "https://loveinterest.fandom.com/wiki/Judy_Neutron?oldid=91244"
Community content is available under CC-BY-SA unless otherwise noted.