Connie Maheswaran is the love interest of Steven Universe. Steven first saw Connie before the events in the series during a parade. He saw her drop her bracelet. He decided to keep it in the freezer so he could return it. She also mentioned that he had soap bubbles in his hair while seeing him on his dad's float. Steven has been shown to have a crush on her throughout the series, and it was almost outright stated in the episode "Open Book". It is unknown if her feelings for him go past friendship, although at the very least she consiters him the best friend she has. The near perfection of their fusion Stevonnie indicates that they are extremely close. In "I Am My Mom", Steven confessed his love for Connie before turning himself in to Aquamarine and Topaz to save her and Connie becomes shocked that Steven Sacraficed himself to Aquamarine and Topaz and shouted his name, showing that Steven has feelings for Connie and Connie has feelings for Steven. After Steven returned to Earth in "Lars' Head", she becomes glad that Steven has returned to show that she loves him. After they reconciled in "Kevin Party", Connie returns her feelings to him by commenting about his shirt and Steven returns his feelings back by commenting on Connie's new hairstyle. In "Reunited", Steven tries to communicate Connie via spiritual means and Steven tells Connie guard his body and Connie returns her feelings to Steven as she agrees. After Steven regains consciousness, Connie is seen with the Gems, Greg and Blue and Yellow Diamond as they finally hear the truth. In "Escapism", Connie comforts Steven after Steven mopes over the mission has gone wrong. Steven uses his psychic powers to seek help and Connie tells Steven to look after his body as Connie agrees and wishes him good luck, showing that she loves him. After Steven returns to his body, he sees Connie sleeping and Steven is on his lap. In "Change Your Mind", Connie returns her feelings to Steven by helping him recovering his gemstone after it was extracted by White Diamond and she and Steven hug each other after Steven finally reunites with his gem, showing that she loves him and he loves her. In Steven Universe: The Movie, Connie kisses Steven on the cheek before departing to Space Camp. After Steven allowed Spinel to live with the Diamonds, Connie hugs Steven to show she has feelings for Steven and Steven has feelings for Connie too. 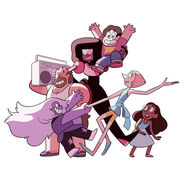 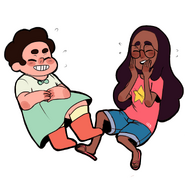 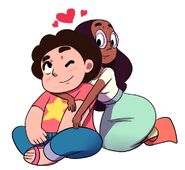 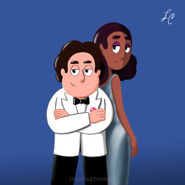 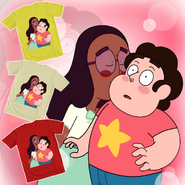 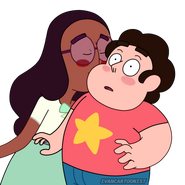 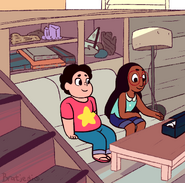 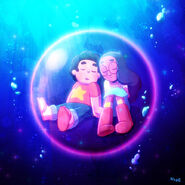 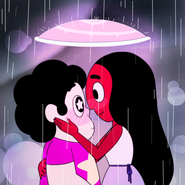 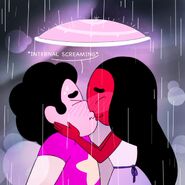 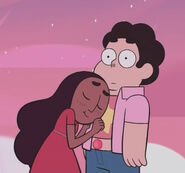 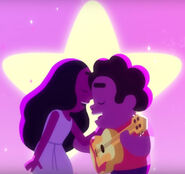 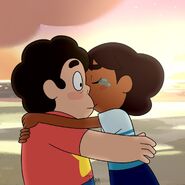 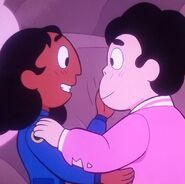 Retrieved from "https://loveinterest.fandom.com/wiki/Connie_Maheswaran?oldid=95429"
Community content is available under CC-BY-SA unless otherwise noted.